NOVORRUSSIA: A REVOLUTION NEEDS YOUR HELP! 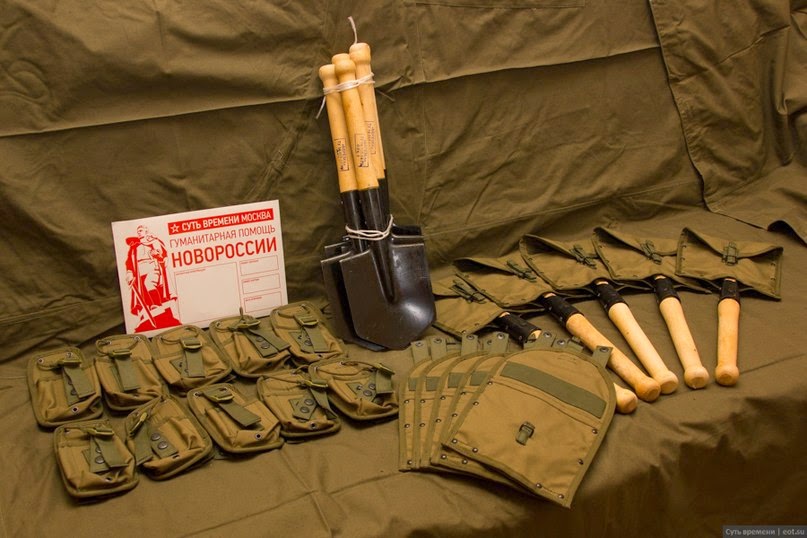 Given the high number of visitors from the United States and another English speaking countries, we ask for your help to the People's Army of Novorrussia, the forces from Lugansk and Donetsk that fight against the neonazi from Ukraine.

Maydan was a shameful coup d'etat, supported by the most reactionary forces from the West, including its mass media, Barack Obama, Angela Merkel, leaders of USA and Germany, Freemasonry, Israeli state and worldwide capitalists, among them George Soros, responsible for financing pro-abortion, pro-marijuana and another organizations that dominate the political scene.

Under the promise of "removing the oligarchs from the power", the Maydan coup d'etat installed another plutocratic government, that is, a power of rich oligarchs, among them, Petro Poroshenko, the "king of chocolate", who became rich selling chocolates to Russia and now defies Russia and propose to enter the NATO and the European Union, hence establishing NATO bases close to Russian border and then proposing a III World War and the end of any chance of a multiparty world!

We, from A Página Vermelha (The Red Page), the first marxist-leninist, website from Brazil, founded in 2000, are gathering all the aid possible through a Paypal account to buy humanitarian aid to the people of Donbass and its People's Army, that is, equipment, medicine and clothing, given the extreme temperatures of Russian and Ukrainian winter.

There are revolutionaries from all the world fighting against the anticommunist and neonazi forces of Ukraine (they count with foreign mercenaries), all the revolutionaries are volunteers, who paid their travel and equipment with the last penny of their pockets! They come from different ideological backgrounds. It's not rare to see fighters sharing the same trench with the flags of Soviet Union and Jesus Christ Pantocrator. They fight for a new dawn and a new way of ruling a country in Europe, they fight for freedom from a government that burns its own people alive, as it happened in Odessa, Ukraine. A government that shoots its own women and bury them in mass graves, as it was spotted by international observers, they are a terroristic and neonazi government that hails collaborators of nazi and educates its children to be neonazi creeps, followers of Stepan Bandera.

HELP THE STRUGGLE AGAINST FASCISM IN DONBASS!!!
OUR AID SHALL BE DELIVERED THROUGH THE EDITOR OF THIS SITE AND THE ORGANIZATION SUT VREMENI FROM RUSSIA!
OUR PAYPAL ACCOUNT IS apaginavermelha@gmail.com
US$ 10,00 is a little money, but not when 100 people send it!
Postado por A Página Vermelha às 11:01 AM